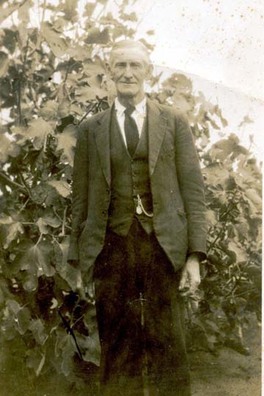 Joshua GAVENLOCK settled in Wyong after marrying Esther Georgina BUCKTON in the School Church Gosford on 24 August 1895. He was the son of Christopher GAVENLOCK, a sawyer from Wyoming near Gosford. At the time of Joshua’s birth he had one brother and two sisters living. Joshua’s mother was Jane (nee HITCHCOCK). Christopher had been named after his father who at 17 years of age was convicted of house breaking on 16 March 1818 at Edinburgh. He arrived in Australia on the convict ship Asia listed as a shoemaker. Freed on April 11 1832 as a sawyer he married Frances HAWKING on August 6 1832. Frances had arrived from Cork Ireland on the Convict ship 'Kains' charged with shoplifting on April 26 1830.


Joshua, a railway fettler built the family home in Gavenlock Road and reared seven children, three girls Frances, Olive and Mary and four boys Joshua, George, William and Sidney. Joshua Snr was involved in the Agricultural Association and the shows. All of his sons took an interest in the raising and showing of game birds and won scores of ribbons around the poultry shows such as Wyong, Gosford, Maitland, Newcastle and the Royal Easter Show. In later years George GAVENLOCK a railway signalman at Wyong sometimes was called to judge these birds at the Royal Easter Show.

Sidney (Sid) also was a dedicated game bird fancier and was well known around the shows often helping with the staging of them. He lived all his life in Wyong staying on in the old home until he died on June 28 1965.

Frances was the other member of the family who made her home in Wyong. She married Joseph PATTINSON an electrical linesman whose family had settled at Jilliby. Frances was a wonderful cook who it seemed could feed many with only a moment’s notice. 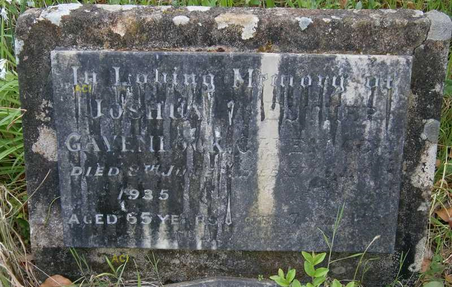 Joshua Gavenlock is buried at Lisarow Cemetery.
Powered by