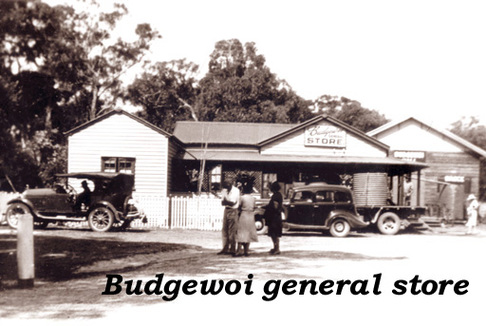 It is almost 190 years since the first land grant was applied for at what is now known as Budgewoi.  John Slade, an Englishman who had arrived in Australia on the ‘Oralia’ in 1828 applied for land in the Brisbane Water area and was given 640 acres on the peninsular between what is now known as Lake Munmorah and Budgewoi Lake.  He named this land ‘Pudgeway’ but it was also known as ‘Podgeway’ on documents of the time.  In the 1828 census John Slade was listed as a 30 year old farmer who ‘came free’.  Working for him at that time were J. Fox transported for 14 years and Richard Fletcher, 7 years, who both arrived on the Countess of Harcourt and were John’s assigned servants.  The passenger list of this ship actually lists Richard Fox not J.  Slade began clearing the land and soon had one acre under cultivation and 30 head of horned cattle.  Transport of goods to the area at the beginning of settlement was by water and Slade had a boat on Tuggerah Lakes.  By 1830 according to a letter written by Willoughby Bean, Magistrate of the Brisbane Water District to the Colonial Secretary, Slade applied for an additional grant.  At that time he had cleared 35 acres and fenced it, and had a further 15 acres under cultivation.  He had also erected a stockyard, men’s huts, pigsties, a corn house and had almost completed a comfortable cottage with verandah.   The Government Gazette of 1839 again made mentioned of the grant of land to John Slade promised by Sir Ralph Darling on 9th May 1828 and possession authorised on 10th October as a primary grant.  It is surprising then to find that in 1841 the same Gazette reported that the land promised to John Slade had been granted to Robert Henderson.  As there is no death for a John Slade in that time frame, it is assumed that he moved on.  Henderson called the property ‘Budgeway’ and it then became a dairy supplying the Gosford area.

In 1856 the land was bought by Edward Hammond Hargraves and he started a cattle run named ‘Colongra Cattle Station’.  In 1864 Hargraves purchased 13 extra acres in the area.  It became necessary to improve the road and Freeman’s Journal reported the proposition in August 1867 that a new road be built from Budgewoi to the village of Norah, running through the lands supposed to be the property of E H Hargraves and the Crown.  This information was obtained from the Government Gazette of 12th July.  The road was completed in 1868 and was subsequently called Norah Road and was the main road to Wyong.  Over the years the fortunes of the Hargraves family waned and the cattle station ceased to exist.  Any leased land returned to the Crown and some was sold.

The official name of Budgewoi was declared by the Geographical Names Board of NSW on the 2nd July, 1878 but had been used locally for some time.

The period between Hargraves’ time and the 1920’s was almost a time of stagnation in the area but camping became popular then and some miners lived on the shores of the lake with their families at a time when fish and prawns were plentiful in the lake system.  During the 1930’s weekend leases were issued with the proviso that, if improvements were carried out, the occupants could purchase the block.  The majority of the families took advantage of this and Budgewoi began to grow as a town.  A boatshed and stores appeared plus a post office.  The first store was built by the Scifleet family in 1930 and they also built the first house in 1929. The first Hall and more shops were built in 1938.  Budgewoi was, at that time, mainly a holiday destination and many humpies were put up for campers.  These were later used by whoever came along as nobody appeared to know who had built them.

A map of 1913 shows W Archer was the owner of the original 640 acres and in the 1940s it was purchased from T R Murray-Jones by two subsidiary companies of Willmore & Randell, Northern Lands and Housing Construction Co. Ltd. for 25,000 pounds.  There were 400 acres north of the Main Road and 240 acres on the south.  As the purchasers were aware of large deposits of coal beneath the surface, the sub-divided lots were sold on the basis of surface and fifty feet below.  The Electricity Commission of NSW purchased 120 acres for mining purposes.  The sub-division was carried out by L A Bannister of Bannister & Hunter, Gosford and a covenant was placed on the land to make sure that the general residential character was maintained, and to avoid haphazard erections of shops as had happened in other parts of the Central Coast.

In the 1960’s there were still large areas of bushland and many birds in the district and the majority of houses were only used as weekenders and for holidays.  Then the Power Station and the two mines began to be built and there was a rapid increase in the population to work on the construction of these sites.  This increase continued when the Power Station began operating and the mines opened.

Adapted from two books in the library of Wyong Family History Group :-
'Blue Gum Flat to Budgewoi' by Charles Swancott, and 'From Pudgeway to Budgewoi' by Bruce Russell.